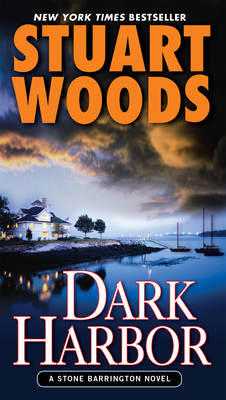 This is book number 12 in the A Stone Barrington Novel series.

In this perfect mix of sexy intrigue and swift suspense in the #1 New York Times bestselling series, Stone Barrington investigates the suicide of a CIA officer—his own cousin...

Stone Barrington hasn’t heard from his cousin, Dick Stone, in years. Then, an otherwise pleasant meal at Elaine’s is interrupted by the CIA with news of Dick’s death—apparently by his own hand. It seems that Dick Stone, a quiet family man who doubled as a CIA agent, methodically executed his wife, daughter, and then himself...or did he? Appointed executor of Dick’s will, Stone must settle the estate and—with the help of his ex-partner Dino and friend Holly Barker—piece together the elusive facts of his cousin’s life and death as a CIA operative. At every step, Stone knows he is being watched by Dick’s family—and one of them just may be the killer.
Stuart Woods is the author of more than eighty-five novels, including the #1 New York Times-bestselling Stone Barrington series. He is a native of Georgia and began his writing career in the advertising industry. Chiefs, his debut in 1981, won the Edgar Award. An avid sailor and pilot, Woods lives in Florida, Maine, and Connecticut.
Praise for Dark Harbor

“Fast pacing and an involving mystery.”—Booklist