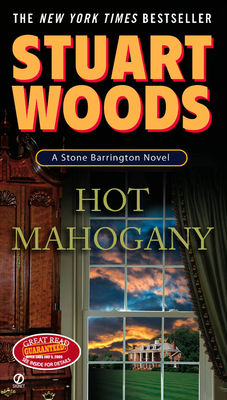 This is book number 15 in the A Stone Barrington Novel series.

Stone Barrington is hired to protect a former intelligence agent with amnesia—and secrets worth killing for—in this heart-stopping thriller in the #1 New York Times bestselling series.

Barton Cabot’s intelligence career is even more top secret than that of his brother, CIA boss Lance Cabot. But following a random act of violence, Barton is suffering from amnesia—a dangerous thing in a man whose memory is chock full of state secrets. So Lance hires Stone Barrington to watch his brother’s back.

Stone soon discovers that his charge is a spy with a rather unusual hobby: building and restoring furniture. The genteel world of antiques and coin dealers seems a far cry from Stone’s usual underworld. But Barton is a man with a past, and one event in particular is coming back to haunt his present in ways he’d never expected...
Stuart Woods is the author of more than eighty-five novels, including the #1 New York Times-bestselling Stone Barrington series. He is a native of Georgia and began his writing career in the advertising industry. Chiefs, his debut in 1981, won the Edgar Award. An avid sailor and pilot, Woods lives in Florida, Maine, and Connecticut.
Praise for Hot Mahogany

“Series fans will find all their expectations nicely fulfilled.”—Publishers Weekly