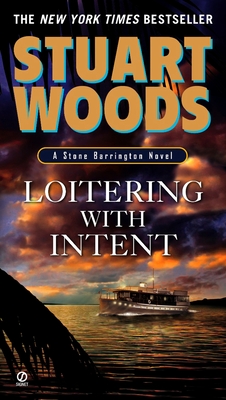 This is book number 16 in the A Stone Barrington Novel series.

In this action-packed thriller from #1 New York Times bestselling author Stuart Woods, Stone Barrington is on the hunt for a man who doesn’t want to be found in Key West...

Dumped by his glamorous Russian girlfriend during dinner at Elaine’s and running low on cash, Stone Barrington is not having a good week. So his luck seems to be improving when he’s hired to locate the missing son of a very wealthy man—lucky because the job pays well, and because the son seems to be hiding in the tropical paradise of Key West. But when Stone and his sometime running buddy Dino Bacchetti arrive in the sunny Keys, it appears that someone has been lying in wait. Stone very nearly loses his life after being blindsided at a local bar, and he realizes that the missing son he’s been hired to track may have good reason for not wanting to be found. Suddenly Key West is looking less like Margaritaville and more like the mean streets of New York...

Stuart Woods is the author of more than eighty-five novels, including the #1 New York Times-bestselling Stone Barrington series. He is a native of Georgia and began his writing career in the advertising industry. Chiefs, his debut in 1981, won the Edgar Award. An avid sailor and pilot, Woods lives in Florida, Maine, and Connecticut.
Praise for Loitering with Intent

“Have a margarita handy when you read this fun page-turner.”—Southern Living