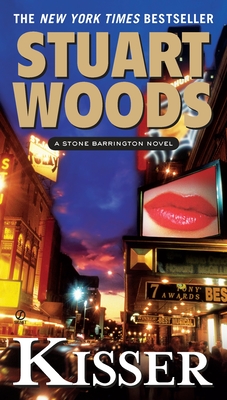 This is book number 17 in the A Stone Barrington Novel series.

A Broadway actress has a pout to die for, a past to hide from, and Stone Barrington on her case in this page-turning thriller in Stuart Woods’s #1 New York Times bestselling series.

Stone Barrington is back in New York, working on some simple cases for Woodman & Weld when he crosses paths with a aspiring actress and gets a little more involved with show business than he’d expected...

Then the fleecing of a wealthy art dealer’s daughter leads him into the worlds of financial fraud, “Big Art,” and Manhattan’s Upper East Side, where opulent co-op apartments are hung with multimillion-dollar paintings and family scandals never remain hidden for long. No stranger to high society or the foibles of the rich, Stone must now uncover the truth in a world where wealth and beauty sometimes come at the ultimate price.
Stuart Woods is the author of more than eighty-five novels, including the #1 New York Times-bestselling Stone Barrington series. He is a native of Georgia and began his writing career in the advertising industry. Chiefs, his debut in 1981, won the Edgar Award. An avid sailor and pilot, Woods lives in Florida, Maine, and Connecticut.
Praise for Kisser

“POW!!! He’s back with more twists and trysts.”—The Mystery Reader

“Entertaining…Woods devises plenty of snarls to provoke laughs and keep the action interesting in a series that excels at playing out male fantasies.”—Publishers Weekly (starred review)