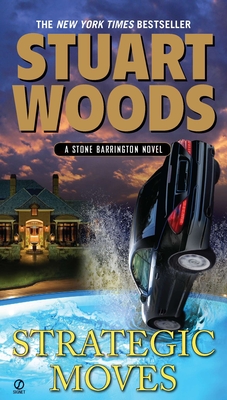 This is book number 19 in the A Stone Barrington Novel series.

In this New York Times bestseller from Stuart Woods, Stone Barrington gets a big payday and gets set up for an even bigger fall...

Stone Barrington is enjoying his usual dinner at Elaine’s when his boss at Woodman & Weld, the law firm where Stone is “of counsel,” walks in, sits down and hands Stone a check for one million dollars. It seems Stone’s undercover dealings with MI6 had brought in a big new client for the firm, and they’re willing to pay Stone a huge bonus and make him a partner. But almost as soon as he’s taken the deal, Stone gets wind of an impending scandal that might torpedo his big promotion: it seems the lucrative new client he’s introduced to the firm might be a devil in disguise...
Stuart Woods is the author of more than eighty-five novels, including the #1 New York Times-bestselling Stone Barrington series. He is a native of Georgia and began his writing career in the advertising industry. Chiefs, his debut in 1981, won the Edgar Award. An avid sailor and pilot, Woods lives in Florida, Maine, and Connecticut.
Praise for Strategic Moves

“Fans of the Barrington saga will enjoy his latest entry...the action never slows from the start.”—Midwest Book Review