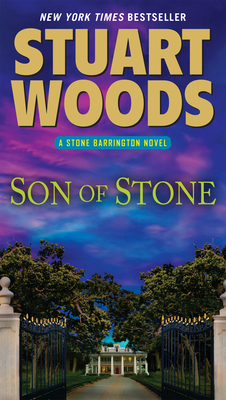 This is book number 21 in the A Stone Barrington Novel series.

Stone Barrington is faced with the biggest challenge of his life as Stuart Woods’s #1 New York Times bestselling series continues...

After an eventful trip to Bel-Air and a reunion with his sophisticated (and very wealthy) former love, Arrington Calder, confirmed bachelor Stone Barrington is looking to stay in New York and cash in on his partnership at Woodman & Weld. Not only is he a rainmaker of one of the riches white-shoe law firms in town, he’s back in his element. Manhattan, after all, is his home, and no one is better than Stone at navigating both its shadowy underworlds and its chic society.

But Arrington has other plans for Stone, and his life is about to take a turn he never imagined...
Stuart Woods is the author of more than eighty-five novels, including the #1 New York Times-bestselling Stone Barrington series. He is a native of Georgia and began his writing career in the advertising industry. Chiefs, his debut in 1981, won the Edgar Award. An avid sailor and pilot, Woods lives in Florida, Maine, and Connecticut.
Praise for Son of Stone

“Woods’ vast and loyal audience will be thrilled with a second-generation Barrington charmer.”—Booklist