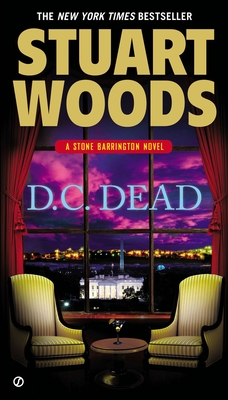 This is book number 22 in the A Stone Barrington Novel series.

Old friends converge on a new case when Stone Barrington is called to America’s capital in this explosive thriller in the #1 New York Times bestselling series.

After a shocking loss, Stone Barrington is at loose ends, unsure if he wants to stay in New York and continue his work as a partner at Woodman and Weld. It comes as a welcome relief when he’s summoned to Washington, D.C., by President Will Lee. The President has a special operation that calls for Stone’s unique skill set, and it’s a mission that will reunite him with his former partner—in bed and in crime—Holly Barker.
Stuart Woods is the author of more than eighty-five novels, including the #1 New York Times-bestselling Stone Barrington series. He is a native of Georgia and began his writing career in the advertising industry. Chiefs, his debut in 1981, won the Edgar Award. An avid sailor and pilot, Woods lives in Florida, Maine, and Connecticut.
Praise for D.C. Dead

“An exciting entry that possibly wraps up one of the longest-running story threads in Woods’ popular series.”—Booklist