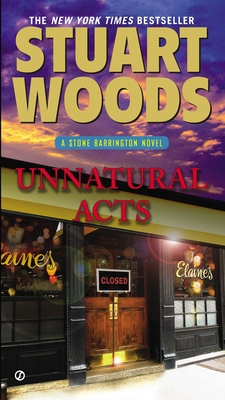 This is book number 23 in the A Stone Barrington Novel series.

When a hedge fund billionaire hires Stone Barrington to talk some sense into his wayward son, it seems like an easy enough job; no one knows the hidden sins and temptations of the ultra-wealthy better than Stone. But as Stone and his erstwhile protégé, Herbie Fisher, probe deeper into the case—and an old one comes back to haunt him—he realizes that even he may have underestimated just how far some people will go to cover up their crimes, and commit new ones.
Stuart Woods is the author of more than eighty-five novels, including the #1 New York Times-bestselling Stone Barrington series. He is a native of Georgia and began his writing career in the advertising industry. Chiefs, his debut in 1981, won the Edgar Award. An avid sailor and pilot, Woods lives in Florida, Maine, and Connecticut.
Praise for Unnatural Acts