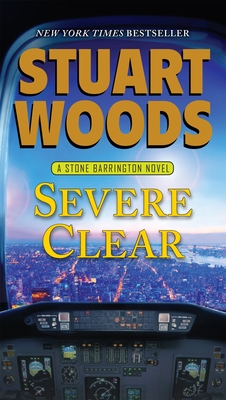 This is book number 24 in the A Stone Barrington Novel series.

Stone Barrington is in Bel-Air, overseeing the grand opening of the ultra-luxe hotel, The Arrington, built on the grounds of the mansion belonging to his late wife, Arrington Carter.

The star-studded gala will be attended by socialites, royalty, and billionaires from overseas...and according to phone conversations intercepted by the NSA, it may also have attracted the attention of international terrorists. To ensure the safety of his guests—and the city of Los Angeles—Stone may have to call in a few favors from his friends at the CIA...
Stuart Woods is the author of more than eighty-five novels, including the #1 New York Times-bestselling Stone Barrington series. He is a native of Georgia and began his writing career in the advertising industry. Chiefs, his debut in 1981, won the Edgar Award. An avid sailor and pilot, Woods lives in Florida, Maine, and Connecticut.
Praise for Severe Clear