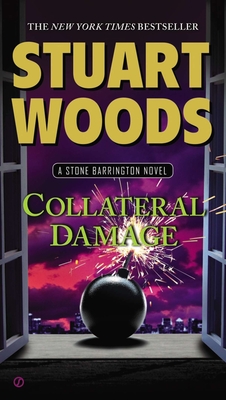 This is book number 25 in the A Stone Barrington Novel series.

After a productive trip to Bel-Air, Stone Barrington is back in Manhattan—and back in his element, ready to return to the world of deluxe fine dining and elegant high society that New York does best.

But then an unexpected visit from his friend and periodic lover, CIA assistant director Holly Barker, draws Stone into a dangerous game of murder and vengeance, against an enemy with plans bigger than they could ever imagine...
Stuart Woods is the author of more than eighty-five novels, including the #1 New York Times-bestselling Stone Barrington series. He is a native of Georgia and began his writing career in the advertising industry. Chiefs, his debut in 1981, won the Edgar Award. An avid sailor and pilot, Woods lives in Florida, Maine, and Connecticut.
Praise for Collateral Damage

“A fast-paced thriller from beginning to end.”—Midwest Book Review