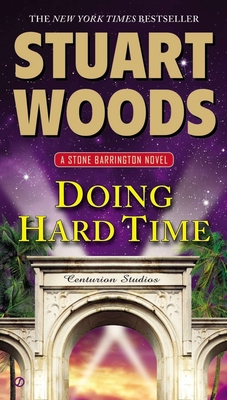 This is book number 27 in the A Stone Barrington Novel series.

Stone Barrington allies with a former foe when his west coast vacation turns into a dangerous situation in this riveting novel in the #1 New York Times bestselling series.

When Stone Barrington embarks on a trip to Bel-Air to check in on some business and personal concerns, he expects a relaxing break from the fast pace and mean streets of New York. But trouble never takes a vacation, and it has a way of finding Stone. A case that had seemingly been resolved has returned in full force—with lethal results. And this deadly situation makes for strange bedfellows when Stone finds himself teamed with the least likely ally: former CIA operative Teddy Fay—a gentleman of unique abilities who specializes in flying below the radar and above the law...
Stuart Woods is the author of more than eighty-five novels, including the #1 New York Times-bestselling Stone Barrington series. He is a native of Georgia and began his writing career in the advertising industry. Chiefs, his debut in 1981, won the Edgar Award. An avid sailor and pilot, Woods lives in Florida, Maine, and Connecticut.
Praise for Doing Hard Time

“Longtime Woods fans who have seen Teddy [Fay] evolve from a villain to something of a lovable antihero will enjoy watching the former enemies work together in this exciting yarn. Is this the beginning of a beautiful partnership? Let’s hope so.”—Booklist