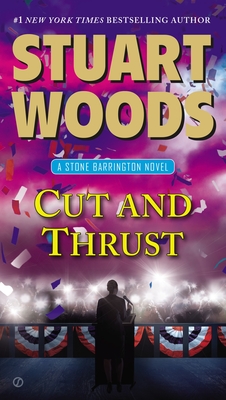 This is book number 30 in the A Stone Barrington Novel series.

Stone Barrington enters a cutthroat game where only the canniest player can come out on top in this exceptional thriller from #1 New York Times bestselling author Stuart Woods.

When Stone travels to Los Angeles for the biggest political convention of the year, he finds the scene quite shaken up: a dazzling newcomer—and close friend of Stone’s—has given the delegates an unexpected choice, crucial alliances are made and broken behind closed doors, and it seems that more than one seat may be up for grabs. And amid the ambitious schemers and hangers-on are a few people who may use the chaotic events as cover for more sinister plans...
Stuart Woods is the author of more than eighty-five novels, including the #1 New York Times-bestselling Stone Barrington series. He is a native of Georgia and began his writing career in the advertising industry. Chiefs, his debut in 1981, won the Edgar Award. An avid sailor and pilot, Woods lives in Florida, Maine, and Connecticut.
Praise for Cut and Thrust

“Goes down as smoothly as a glass of Knob Creek.”—Publishers Weekly

“Politics and peril mix in the newest Stone Barrington outing...There’s more than enough action and intrigue to keep the pages turning fast and furious in this exhilarating outing.”—Booklist