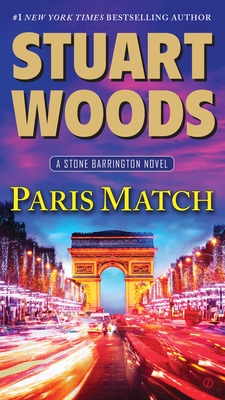 This is book number 31 in the A Stone Barrington Novel series.

Stone Barrington finds himself in a dark place in the City of Light in this international thriller in Stuart Woods’s #1 New York Times bestselling series.

When some business arrangements demand his personal attention, Stone Barrington jaunts off to Europe and immediately finds himself embroiled in trouble on both sides of the pond. In Paris, an old enemy is still in hot pursuit, but now he has the aide of a powerful man with his own ax to grind against Stone. And back in the States, the churning rumor mill threatens to derail a project of vital importance to the entire nation. From the bright lights of Paris to the staid paneled boardrooms of Capitol Hill, at risk is not just Stone’s reputation, but his very life...
Stuart Woods is the author of more than eighty-five novels, including the #1 New York Times-bestselling Stone Barrington series. He is a native of Georgia and began his writing career in the advertising industry. Chiefs, his debut in 1981, won the Edgar Award. An avid sailor and pilot, Woods lives in Florida, Maine, and Connecticut.
Praise for Paris Match