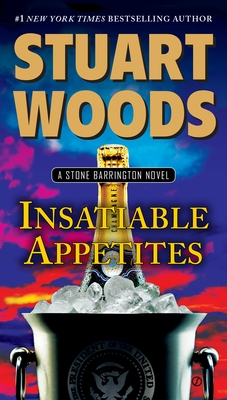 This is book number 32 in the A Stone Barrington Novel series.

Secrets and seduction are temptations Stone Barrington can’t resist, and in this action-packed thriller in the #1 New York Times bestselling series, he encounters plenty of both...

It’s a time of unexpected change for Stone Barrington. A recent venture has achieved a great victory, but is immediately faced with a new challenge: an underhanded foe who’s determined to wreak havoc at any cost. Meanwhile, when Stone finds himself responsible for distributing the estate of a respected friend and mentor, the process unearths secrets that range from merely surprising to outright alarming. And when a lethal beauty from Stone’s past resurfaces, there’s no telling what chaos will follow in her wake...
Stuart Woods is the author of more than eighty-five novels, including the #1 New York Times-bestselling Stone Barrington series. He is a native of Georgia and began his writing career in the advertising industry. Chiefs, his debut in 1981, won the Edgar Award. An avid sailor and pilot, Woods lives in Florida, Maine, and Connecticut.
Praise for Insatiable Appetites

“Multiple exciting story lines...readers of the series will enjoy the return of the dangerous Dolce.”—Booklist