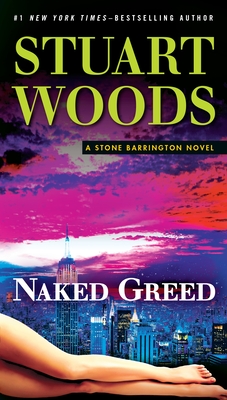 This is book number 34 in the A Stone Barrington Novel series.

Stone Barrington gets involved in some dangerous business in this outstanding thriller from #1 New York Times bestselling author Stuart Woods.

Stone Barrington isn’t one to turn away in the face of danger, so when he witnesses a tricky situation, he jumps in to lend a hand. He never expected his involvement would lead to a mutually beneficial business deal with a prominent gentleman who requires the ever-discreet services of Woodman & Weld. But in the ruthless corporate world no good deed goes unpunished, and Stone soon finds himself the target of a ragtag group of criminal toughs who don’t appreciate his interference in their dealings. From the isolated landscape of Maine to the white sand beaches of Key West, the trail of deception, theft, and murder will lead to a perilous confrontation.
Stuart Woods is the author of more than eighty-five novels, including the #1 New York Times-bestselling Stone Barrington series. He is a native of Georgia and began his writing career in the advertising industry. Chiefs, his debut in 1981, won the Edgar Award. An avid sailor and pilot, Woods lives in Florida, Maine, and Connecticut.
Praise for Stuart Woods