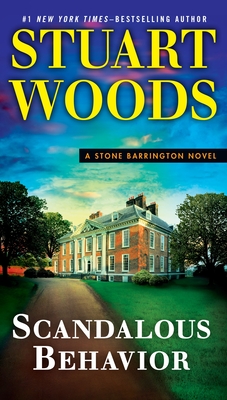 This is book number 36 in the A Stone Barrington Novel series.

Stone Barrington will need to keep calm and carry on if he wants to survive his English vacation in this “addictive”* thriller in the #1 New York Times bestselling series.

After a series of nonstop adventures, Stone Barrington is eager for some peace and quiet in a rustic British setting. But no sooner does he land in England than he’s beset by an outrageous demand from a beautiful lady, and an offer he can’t refuse.

Unfortunately, Stone quickly learns that his new acquisition comes with some undesired strings attached—namely, a deadly mystery involving the complex relationships of the local gentry, and a relentless adversary who raises the stakes with every encounter. Stone’s restful country vacation is looking like yet another troublesome situation, but with his tireless aplomb—and the help of a few friends—he is more than up to the challenge.
Stuart Woods is the author of more than eighty-five novels, including the #1 New York Times-bestselling Stone Barrington series. He is a native of Georgia and began his writing career in the advertising industry. Chiefs, his debut in 1981, won the Edgar Award. An avid sailor and pilot, Woods lives in Florida, Maine, and Connecticut.
Praise for Scandalous Behavior

“Pick [Scandalous Behavior] up at your peril. You can get hooked.”—*Lincoln Journal-Star

“Woods offers another wild ride with his hero, bringing readers back into a world of action-packed adventure, murder and mayhem, steamy romance, and a twist you don’t see coming.”—Booklist