Writing on the Soil: Land and Landscape in Literature from Eastern and Southern Africa (African Perspectives) (Hardcover) 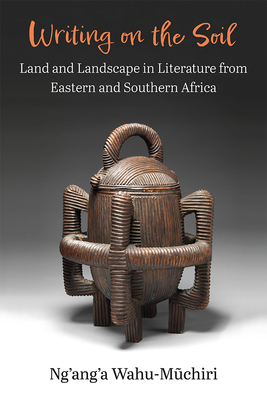 Writing on the Soil: Land and Landscape in Literature from Eastern and Southern Africa (African Perspectives) (Hardcover)

Across contiguous nation-states in Eastern Africa, the geographic proximity disguises an ideological complexity. Land has meant something fundamental in the sociocultural history of each country. Those concerns, however, have manifested into varied political events, and the range of struggles over land has spawned a multiplicity of literary interventions. While Kenya and Uganda were both British colonies, Kenya's experience of settler land alienation made for a much more violent response against efforts at political independence. Uganda's relatively calm unyoking from the colonial burden, however, led to a tumultuous post-independence. Tanzania, too, like Kenya and Uganda, resisted British colonial administration—after Germany's defeat in World War 1.

In Writing on the Soil, author Ng’ang’a Wahu-Mũchiri argues that representations of land and landscape perform significant metaphorical labor in African literatures, and this argument evolves across several geographical spaces. Each chapter's analysis is grounded in a particular locale: western Kenya, colonial Tanganyika, post-independence Tanzania, Zimbabwe, Nairobi, Dar es Salaam, Anam Ka'alakol (Lake Turkana), Kampala, and Kitgum in Northern Uganda. Moreover, each section contributes to a deeper understanding of the aesthetic choices that authors make when deploying tropes revolving around land, landscape, and the environment. Mũchiri disentangles the numerous connections between geography and geopolitical space on the one hand, and ideology and cultural analysis on the other. This book embodies a multi-layered argument in the sphere of African critical scholarship, while adding to the growing field of African land rights scholarship—an approach that foregrounds the close reading of Africa’s literary canon.

Ng’ang’a Wahu-Mũchiri is Assistant Professor of English at the University of Nebraska-Lincoln.