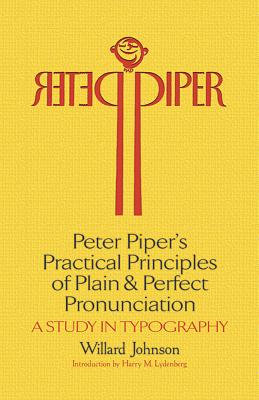 
Email or call for price.
Andrew Airpump ask'd his Aunt her ailment, Davy Dolldrum dream'd he drove a Dragon, Jumping Jackey jeer'd a Jesting Juggler, and Rory Rumpus rode a raw-bon'd Race-horse among other antics in this antique alphabet of tongue twisters.
Originally published in 1836, this charming collection of whimsical rhymes was redesigned 100 years later by some of the twentieth century's most celebrated typographers. The artists volunteered their services and worked independently of each other, resulting in a captivating pastiche in which the verses are rendered in a variety of typefaces and accompanied by woodcuts, line drawings, and other black-and-white illustrations.

Harry Miller Lydenberg (1874-1960) was an author and book conservationist. As Director of the New York Public Library, he was an American liaison to the international library community.