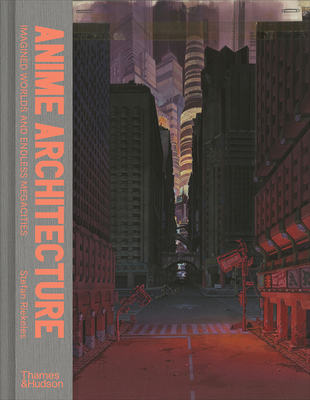 An unrivaled visual guide to the cityscapes and buildings of the most celebrated and influential anime movies.

Anime has been influencing cinema, literature, comic books, and video games around the world for decades. Part of what makes anime so popular are the memorable and breathtakingly detailed worlds designed by the creators, from futuristic cities of steel to romantic rural locales. Anime Architecture presents the fantastic environments created by the most important and revered directors and illustrators of Japanese animated films, such as Hideaki Anno, Koji Morimoto, and Mamoru Oshii.

Unprecedented access to vast studio archives of original background paintings, storyboards, drafts, and film excerpts offers readers a privileged view into the earliest stages of conception, development, and  finished versions of iconic scenes from critically acclaimed movies such as Akira, Ghost in the Shell, Metropolis, and more. Revealing the secret creative processes of these major anime studios, Anime Architecture is perfect for anyone touched by the beauty and imagination of classic anime, offering inspiration for artists, illustrators, architects, designers, video game makers, and dreamers.

Stefan Riekeles is a curator based in Berlin. He has been the artistic director of the Japan Media Arts Festival Dortmund, the program director of the International Symposium on Electronic Art, and curated several exhibitions, including “Proto Anime Cut: Spaces and visions in Japanese animation.”