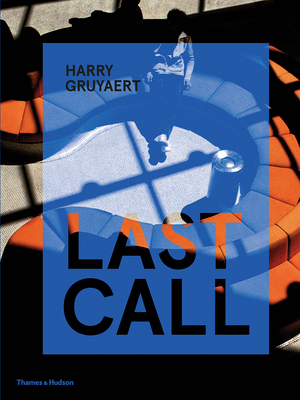 New from Magnum Photos member Harry Gruyaert, a collection of photographs of airports and people in transit.

Alongside American photographers such as Saul Leiter, Joel Meyerowitz, Stephen Shore, and William Eggleston, Harry Gruyaert became one of the first European pioneers to explore the creative possibilities of color photography in the 1970s and 1980s. The previous decades had elevated black-and-white photography to the realms of art, relegating the use of color to advertising, press, and illustration. Gruyaert’s work suggested new territory for color photography: an emotive, nonnarrative, and boldly graphic way of perceiving the world.

Harry Gruyaert: Last Call highlights the photographer’s signature ability to seamlessly weave texture, light, color, and architecture into a single frame with his photographs taken at airports. These photographs beautifully record these liminal, yet reliably inhabited spaces in a striking and sometimes surprising fashion.

Harry Gruyaert is a photographer known for his images of India, Morocco, and Egypt, as well as the west of Ireland, and for his use of color. He is a member of Magnum Photos, and his work has been exhibited widely and won the Kodak Prize.

An appreciation of airports, showcasing nearly 40 years of Gruyaert’s rich color photography... The crisp lines and forms of modern airport architecture provide a framework for compelling compositions... Gruyaert...was a pioneer in exploring the creative possibilities of color photography. His prowess is on full display in Last Call.