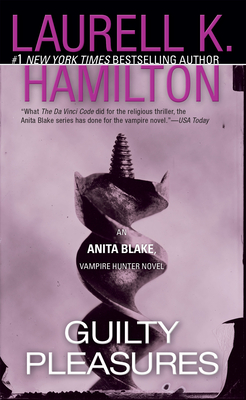 This is book number 1 in the Anita Blake, Vampire Hunter series.

Meet Anita Blake, Vampire Hunter, in the first novel in the #1 New York Times bestselling series that “blends the genres of romance, horror and adventure with stunning panache”(Diana Gabaldon).

Laurell K. Hamilton’s bestselling series has captured readers’ wildest imaginations and addicted them to a seductive world where supernatural hungers collide with the desires of the human heart, starring a heroine like no other...

Anita Blake is small, dark, and dangerous. Her turf is the city of St. Louis. Her job: re-animating the dead and killing the undead who take things too far. But when the city’s most powerful vampire asks her to solve a series of vicious slayings, Anita must confront her greatest fear—her undeniable attraction to master vampire Jean-Claude, one of the creatures she is sworn to destroy...

“Hamilton remains one of the most inventive and exciting writers in the paranormal field.”—#1 New York Times bestselling author Charlaine Harris

“If you’ve never read this series, I highly recommend/strongly suggest having the Anita Blake experience. Vampires, zombies, and shifters, oh my! And trust me, these are not your daughter’s vampires.”—Literati Book Reviews