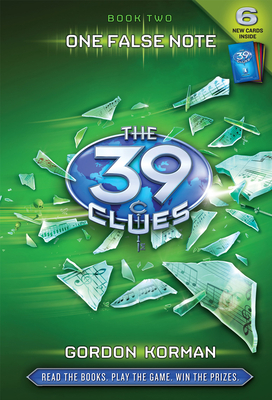 This is book number 2 in the The 39 Clues series.

The highly-anticipated Book 2 of the #1 bestselling The 39 Clues series.THIS JUST IN! Amy and Dan Cahill were spotted on a train, hot on the trail of one of 39 Clues hidden around the world. BUT WAIT! Police report a break-in at an elite hotel, and the suspects ALSO sound suspiciously like Amy and Dan. UPDATE! Amy and Dan have been seen in a car . . . no, in a speedboat chase . . . and HOLD EVERYTHING! They're being chased by an angry mob?!? When there's a Clue on the line, anything can happen.

GORDON KORMAN is a beloved author of over ninety-five novels for young readers, including hilarious middle-grade classics such as the Macdonald Hall series, I Want to Go Home and Slacker. Born in Montreal, Quebec, Gordon grew up in Thornhill, Ontario, and now lives in New York with his family. Visit him online at www.gordonkorman.com.