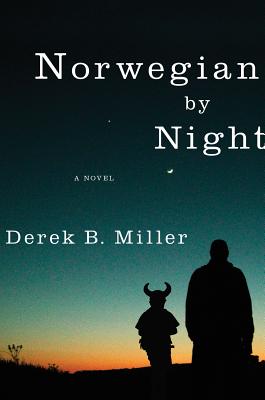 “Sheldon Horowitz, an 80-year-old Korean War veteran, has a touch of dementia and goes to live with his daughter and son-in-law in Norway, where he becomes further disoriented. One day what sounds like violence breaks out in the upstairs apartment and a young boy's life appears to be at risk. Sheldon becomes the boy's protector/abductor, fleeing in disguise through the countryside as exiled Serbian war criminals and Norwegian cops give pursuit and the old man's Marine sniper skills come back to him. A wild, compelling, politically complex, and sometimes funny tale that is a very rich read, this is highly recommended.”
— Richard Howorth, Square Books, Oxford, MS

Crime Writers Association John Creasey Dagger Award winner
An ECONOMIST TOP FICTION TITLE OF THE YEAR
A FINANCIAL TIMES BEST BOOK OF THE YEAR
A GUARDIAN BEST CRIME AND THRILLER OF THE YEAR
A KIRKUS REVIEWS BEST CRIME NOVEL OF THE YEAR
A luminous novel, a police thriller, and the funniest book about war crimes and dementia you are likely to read
Sheldon Horowitz widowed, impatient, impertinent has grudgingly agreed to leave New York and move in with his granddaughter, Rhea, and her new husband, Lars, in Norway: a country of blue and ice with one thousand Jews, not one of them a former Marine sniper in the Korean War turned watch repairman, who failed his only son by sending him to Vietnam to die. Not until now, anyway.
Home alone one morning, Sheldon witnesses a dispute between the woman who lives upstairs and an aggressive stranger. When events turn dire, Sheldon seizes and shields the neighbor's young son from the violence, and they flee the scene. But old age and circumstances are altering Sheldon's experience of time and memory. He is haunted by dreams of his son Saul's life and by guilt over his death. As Sheldon and the boy look for a haven in an alien world, reality and fantasy, past and present, weave together, forcing them ever forward to a wrenching moment of truth.
"Norwegian by Night" introduces an ensemble of unforgettable characters Sheldon and the boy, Rhea and Lars, a Balkan war criminal named Enver, and Sigrid and Petter, the brilliantly dry-witted investigating officers as they chase one another, and their own demons, through the wilderness at the end of the world.

"Has the brains of a literary novel and the body of a thriller."
— New York Times


"Both an exciting chase thriller and a poignant story about a man who comes into his own again in his dotage." --Library Journal