How I Found the Strong (Mass Market) 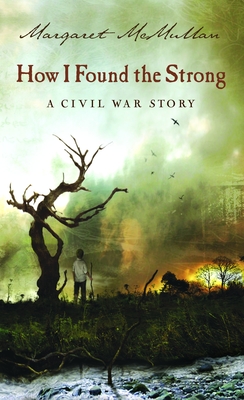 How I Found the Strong (Mass Market)


Usually Ships in 1-5 Days
In 1861 Frank “Shanks” Russell wishes he was old enough to fight for the South alongside his pa and big brother. But Frank is too young, skinny, and weak, and is left behind with his mother and grandparents. Life in Mississippi was simple before the war between North and South. Now Frank’s boyhood is gone forever, along with his dreams of heroic battles. The shortages and horrors of war reach his home as he scrounges for food and water, and sees both Confederate and enemy soldiers at their worst. As time goes by and Frank’s friendship with Buck, the family slave, grows, he questions more and more who is the enemy and why the terrible war is being fought.
Margaret McMullan is the author of seven award-winning novels, including In My Mother's House, Aftermath Lounge, Sources of Light, When I Crossed No-Bob, and How I Found the Strong. She also edited the anthology Every Father's Daughter, a Parade magazine "Sizzling Summer Read." Margaret writes for both adults and young adults, and she is especially interested in how historical events affect ordinary people. Her work has appeared in the Washington Post, the Huffington Post, Los Angeles Times, Chicago Tribune, Boston Herald, Glamour, The Millions, Southern Accents, TriQuarterly, Michigan Quarterly Review, The Greensboro Review, Mississippi Magazine, Other Voices, Boulevard, Ploughshares, Teachers & Writers Magazine, National Geographic for Kids, and The Sun, among others. A recipient of a 2010 NEA Fellowship in literature and a 2010 Fulbright scholarship to teach in Hungary, Margaret is the National Author Winner of the Eugene and Marilyn Glick Indiana Authors Award. Visit her website at margaretmcmullan.com