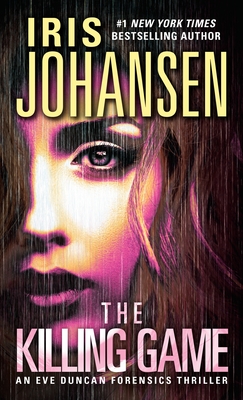 This is book number 2 in the Eve Duncan series.

A merciless killer on the hunt...an innocent child in his sights...a woman driven to the edge to stop him...

The killer knows Eve Duncan all too well. He knows the pain she feels for her murdered daughter, Bonnie, whose body has never been found. He knows that as one of the nation's top forensic sculptors she'll insist on identifying the nine skeletons unearthed on a bluff near Georgia's Talladega Falls. He knows she won't be able to resist the temptation of believing that one of those skeletons might be her daughter's. But that is only the beginning of the killer's sadistic game. He wants Eve one on one, and he'll use his ace in the hole to make sure she complies. And he won't stop playing until he claims the prize he wants most: Eve's life.
Iris Johansen is the New York Times bestselling author of many novels, including Killer Dreams, On the Run, Countdown, Firestorm, Fatal Tide, Dead Aim, and No One to Trust. She lives near Atlanta, Georgia.
"Johansen is at the top of her game....an enthralling cat-and-mouse game...perfect pacing...the suspense holds until the very end."—Publishers Weekly