Devil Man On Route 66: A Memoir by Terry G. (Paperback) 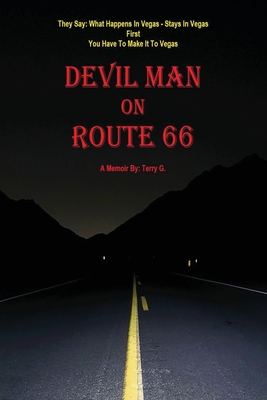 In 2014 Terry G. was traveling from Tulsa to Las Vegas when he spotted a stranded motorist and stopped to help. What immediately followed was hundreds of miles of pure terror as the stranger stole all of Terry's belongings and threatened to kill him. But what followed for years after was even worse-a trauma so strong that it put Terry's life on hold.

Though healed, Terry still remembers all the terrifying details of what it was like to be targeted, tricked, abducted, and nearly killed. In vivid prose, he describes what he felt while he was struggling for his life.

Originally writing to better process and organize his memories and fears, Terry realized that Devil Man on Route 66 offered something for others as well: not only dark entertainment for those fascinated by gritty true-crime stories but many lessons about the real-world evil that lurks.