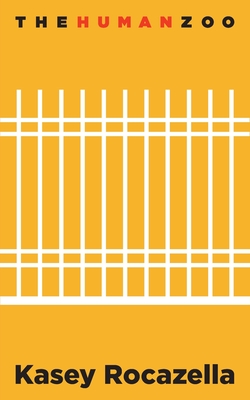 Jax Cooper lives a comfortable life, maybe too comfortable. Born into a powerful family. Jax is the son of the largest mogul in the world. As a journalist for The Globe, he takes on a unique, self-assigned piece: to investigate his father's empire, The Human Zoo. Disguised as one of the animals and stripped of his identity, wealth, and eugenic luxuries, Jax is challenged by what it means to be human when he meets Priya.

Born into the zoo's captivity, Priya has only known two things; she does not belong here, and she will do anything to escape, but freedom always seemed impossible until an unusual new animal, Jax, arrives.

A gripping investigation turned life changing, Jax is forced to make a decision. Will he risk dismantling society by exposing who-or what-being an animal means...or succumb to his only living protection, his family's empire?