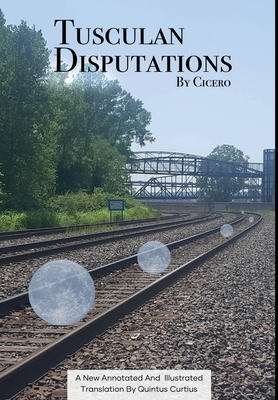 The Roman statesman and orator Marcus Tullius Cicero (106 B.C.-40 B.C.) remains a writer whose enormous influence has been felt for many centuries. Tusculan Disputations is his most wide-ranging philosophical work, and was intended to introduce the Roman people to the pleasures and benefits of the study of philosophy.

Using a series of stimulating dialogues, Tusculan Disputations examines five practical topics: dealing with the fear of death, enduring pain, reducing anxiety, the various disorders of the soul, and the human need for virtue. These dialogues-accessible yet movingly profound-address some of the most relevant and urgent problems of modern life.

This is the first translation of Tusculan Disputations to appear in many generations. It requires no prior background in the subject matter, and is ideal for the student or motivated reader. Translator Quintus Curtius has returned to the original Latin text to produce an English edition that is modern, clear, and faithful to the original. It is extensively annotated and illustrated, formatted with modern dialogue conventions for ease of reading, and contains an explanatory introduction and a comprehensive index. Cicero's original vision has been restored to all its glory for a new generation of readers.