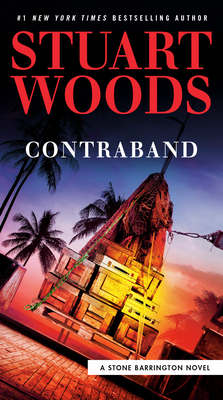 This is book number 50 in the A Stone Barrington Novel series.

Stone Barrington is caught in the web of a national smuggling operation in the latest action-packed thriller from the #1 New York Times-bestselling author.

Stone Barrington is getting some much-needed rest and relaxation in the Florida sun when trouble falls from the sky--literally. Intrigued by the suspicious circumstances surrounding this event, Stone joins forces with a sharp-witted and alluring local detective to investigate. But they run into a problem: The evidence keeps disappearing.

From the laid-back Key West shores to the bustling Manhattan streets, Stone sets out to connect the dots between the crimes that seem to follow him wherever he travels. His investigations lead only to more questions, and shocking connections between old and new acquaintances. But as Stone must quickly learn, answers--and enemies--are often hiding in plain sight...
Stuart Woods is the author of more than eighty-five novels, including the #1 New York Times-bestselling Stone Barrington series. He is a native of Georgia and began his writing career in the advertising industry. Chiefs, his debut in 1981, won the Edgar Award. An avid sailor and pilot, Woods lives in Florida, Maine, and Connecticut.
“Woods balances the criminal doings with loads of light banter and tantalizing glimpses of great sex.”—Publishers Weekly