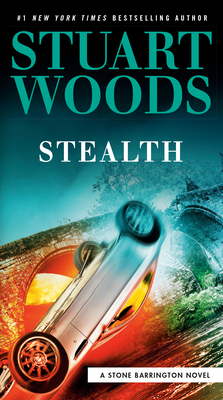 This is book number 51 in the A Stone Barrington Novel series.

Stone Barrington must trap a ruthless defector in this heart-stopping thriller from fan favorite Stuart Woods.

Stone Barrington is trying to enjoy some downtime at his English retreat when he's unceremoniously sent off to the remote reaches of the UK and into a deadly snare. As it turns out, this is only the first volley by a rival power, one that has its eyes set on disrupting the peace of the nation.

With the help of two brilliant and stunning women, Stone must leverage a new position of power to capture a villain with a lethal agenda. But the closer he comes to nabbing the culprit, the more he realizes there's a bigger plan at work, and a true mastermind who's a force to be reckoned with...
Stuart Woods is the author of more than eighty-five novels, including the #1 New York Times-bestselling Stone Barrington series. He is a native of Georgia and began his writing career in the advertising industry. Chiefs, his debut in 1981, won the Edgar Award. An avid sailor and pilot, Woods lives in Florida, Maine, and Connecticut.
“This venture into espionage territory makes a refreshing change from the criminal skullduggery Stone usually faces.”—Publishers Weekly