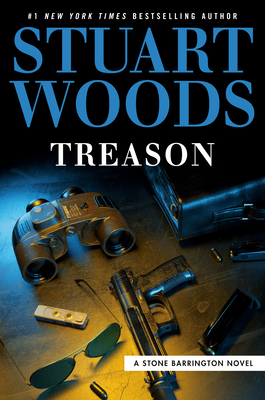 This is book number 52 in the A Stone Barrington Novel series.

Upon returning to New York City after a whirlwind British excursion, Stone Barrington is notified of a delicate situation within the country's administration. A close friend requires his expertise and subtlety to eradicate a destructive presence in a classified agency--only it soon becomes clear that this renegade was sent by a rival Stone has encountered before.

From the City of Light to the rocky Maine coastline, Stone will need to summon all his wit and daring to halt the audacious plots threatening to reveal confidential intel, and catch the evasive traitor at last. This enemy may be equipped with unlimited resources and devious schemes, but if Stone remains vigilant, justice may finally prevail. . . .
Stuart Woods is the author of more than eighty-five novels, including the #1 New York Times-bestselling Stone Barrington series. He is a native of Georgia and began his writing career in the advertising industry. Chiefs, his debut in 1981, won the Edgar Award. An avid sailor and pilot, Woods lives in Florida, Maine, and Connecticut.
"The witty banter among Stone and friends and his frequent bedding of willing women keep the reader turning the pages..."—Publishers Weekly

"Bon appétit to readers who like their international intrigue sweet and weightless as a soufflé."—Kirkus Reviews