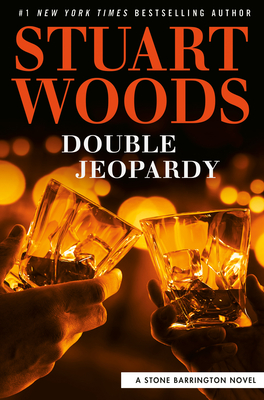 This is book number 57 in the A Stone Barrington Novel series.

Stone Barrington faces down danger on all sides in the latest thriller from perennial fan favorite Stuart Woods.

Stone Barrington is settling in for a stretch in New York when he receives news that demands immediate action. An old family matter has unexpectedly resurfaced, and Stone must decamp to the craggy shores of Maine to address the issue head-on.

There, Stone finds that a dual-pronged threat is hiding in plain sight among the stately houses and exclusive coastal clubs, and the incursion isn't easily rebuffed. These enemies have friends in high places, funds to spare, and a score to settle with Stone . . . and only the cleverest plot will draw them out into the open. From luxuriously renovated homes to the choppy ocean waters, the pursuit can only lead to an explosive end.
Stuart Woods is the author of more than eighty-five novels, including the #1 New York Times-bestselling Stone Barrington series. He is a native of Georgia and began his writing career in the advertising industry. Chiefs, his debut in 1981, won the Edgar Award. An avid sailor and pilot, Woods lives in Florida, Maine, and Connecticut.
“Stuart Woods never fails to deliver suspenseful and entertaining plots. His characters are always finely honed and his dialogue pitch perfect. This is especially true in Double Jeopardy, which makes for a clever and captivating reading experience.”—Bookreporter.com