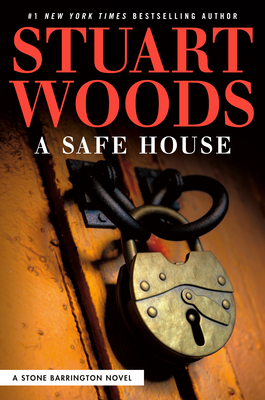 This is book number 61 in the A Stone Barrington Novel series.

Stone Barrington is looking forward to some quiet time in New York City, until he is asked to transport precious, top-secret cargo across the Atlantic. Taking on the challenge, Stone flies off unaware of what—or who—he is bringing with him.

But his plans to lie low are quickly spoiled when a dangerous dispatcher tracks down Stone and his tantalizing mystery guest, intent on payback—and silencing anyone who poses a threat. From the English countryside to the balmy beaches of Key West, Stone is on an international mission to hide and protect those closest to him.
Stuart Woods is the author of more than eighty-five novels, including the #1 New York Times-bestselling Stone Barrington series. He is a native of Georgia and began his writing career in the advertising industry. Chiefs, his debut in 1981, won the Edgar Award. An avid sailor and pilot, Woods lives in Florida, Maine, and Connecticut.
“Stone and friends take countermeasures amid lots of light banter, good food, and great sex.” –Publishers Weekly