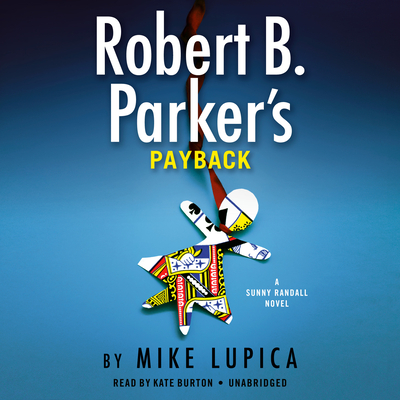 This is book number 9 in the Sunny Randall series.

In her latest thrilling adventure, PI Sunny Randall takes on two serpentine cases that converge into one deadly mystery.

PI Sunny Randall has often relied on the help of her best friend Spike in times of need. When Spike's restaurant is taken over under a predatory loan agreement, Sunny has a chance to return the favor. She begins digging into the life of the hedge fund manager who screwed Spike over - surely a guy that smarmy has a skeleton or two in his closet - and soon finds this new enemy may have the backing of even badder criminals.

At the same time, Sunny's cop contact Lee Farrell asks her to intervene with his niece, a college student who reported being the victim of a crime but seems to know more than she's telling police. As the uncooperative young woman becomes outright hostile, Sunny runs up against a wall that she's only more determined to scale.

Then, what appear to be two disparate cases are united by a common factor, and the picture becomes even more muddled. But one thing is clear: Sunny has been poking a hornet's nest from two sides, and all hell is about to break loose.

Mike Lupica is a prominent sports journalist and the New York Times-bestselling author of more than forty works of fiction and non-fiction. A longtime friend to Robert B. Parker, he was selected by the Parker estate to continue the Sunny Randall and Jesse Stone series.

Kate Burton has appeared in such films as August and Life with Mikey. Her theater work includes Broadway appearances in Doonesbury and the revival of Stephen Sondhein's Company. She has previously read Running with the Demon, Crooked Little Heart, and Intensity for Random House AudioBooks.

"Lupica makes smart-mouthed Sunny as fully realized as Parker’s better-known gumshoe, Spenser. Readers are sure to look forward to her next outing."—Publishers Weekly

"Lupica powers his way through the plot in fast-talking Parker style, reveling in the banter and the nicely delineated relationships between Sunny and various other Parker players....It's all smart-alecky good fun in the hard-boiled tradition."—Booklist