The Twits: The Stinky Edition (Paperback) 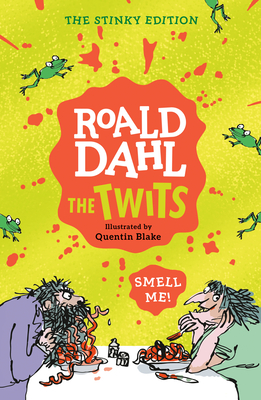 Mr. and Mrs. Twit are the smelliest, nastiest, ugliest people in the world. They hate everything—except playing mean jokes on each other, catching innocent birds to put in their Bird Pies, and making their caged monkeys, the Muggle-Wumps, stand on their heads all day. But the Muggle-Wumps have had enough. They don't just want out, they want revenge.