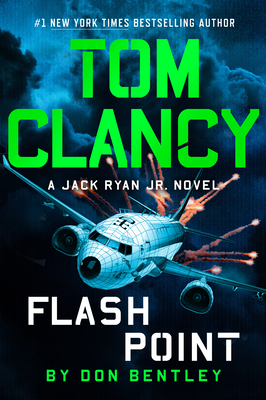 This is book number 10 in the A Jack Ryan Jr. Novel series.

Jack Ryan, Jr., uncovers a secret that may threaten the United States and its president, Jack Ryan, Sr., in the latest thrilling entry in the #1 New York Times bestselling series.

Jack Ryan, Jr., is a man of action, and when he uncovers a terrorist plot to kill innocents he jumps in to thwart the evil plan. However, it turns out this attack was just a piece of a larger, more insidious plot designed to deceive the United States and paint President Jack Ryan into a political corner.

Jack Jr. isn't about to let that happen, but his options are almost as narrow as his chances of getting out of this alive.

Tom Clancy was the #1 New York Times bestselling author of more than eighteen books. He died in October 2013.

Don Bentley spent a decade as an Army Apache helicopter pilot, and while deployed in Afghanistan was awarded the Bronze Star and the Air Medal with "V" device for valor. Following his time in the military, Bentley worked as an FBI special agent focusing on foreign intelligence and counterintelligence and was a Special Weapons and Tactics (SWAT) team member.