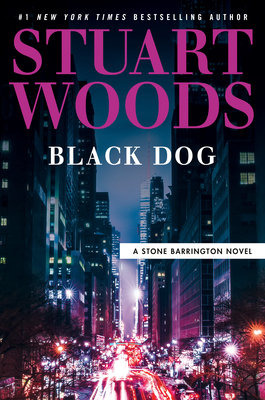 This is book number 62 in the A Stone Barrington Novel series.

Stone Barrington must battle a nasty opponent in the latest action-packed thriller from the #1 New York Times bestselling author.

After returning home from a treacherous adventure, Stone Barrington is all too happy to settle back down in his New York City abode. But when he's introduced to a glamorous socialite with a staggering inheritance, Stone realizes his days are about to be anything but quiet.

As it turns out, Stone's intriguing new companion has some surprisingly familiar ties and other far more sinister ones—including a nefarious enemy who gets too close for comfort. When it becomes clear that this miscreant will stop at nothing to get what he wants, and will endanger all whom Stone holds dear, Stone must step in to protect his friends and prevent a dangerous madman from wreaking havoc across the city.
Stuart Woods was the author of more than ninety novels, including the #1 New York Times bestselling Stone Barrington series. A native of Georgia and an avid sailor and pilot, he began his writing career in the advertising industry. Chiefs, his debut in 1981, won the Edgar Award. Woods passed away in 2022.
"As usual, Woods gives his fans exactly what they want." —Publishers Weekly

“Woods keeps his eye on the ball throughout.” —Kirkus Reviews