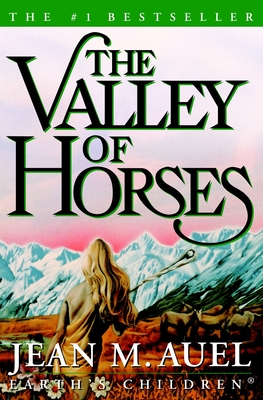 In The Valley of Horses, Ayla, the unforgettable heroine of The Clan of the Cave Bear, sets out on her own odyssey of discovery away from the nurturing adoptive family and friends of the Clan. She is in search of others like herself and in search of love. Driven by her intelligence, her curiosity, and her destiny, she explores where the Clan never dared to travel and encounters a hostile world of awesome mystery, glacial cold, terrifying beasts, and intense loneliness in which survival itself is a constant battle.

Sharing a hidden valley with a herd of steppe horses, Ayla finds a unique friendship with animals as vulnerable as herself and ingeniously discovers the complex skills needed to survive—skills no Clan member was ever able to master. But none of her experiences prepares her for the emotional turmoil she feels when she rescues a young man—the first of the Others she has seen—from almost certain death. Torn between her desire for human companionship and her fear of the unknown Others, she struggles against her deep attraction to the handsome Jondalar. It is Jondalar who teaches her the meaning of true friendship and love.

Once again, Jean M. Auel uses her powerful storytelling talents and her thorough understanding of human nature to take us on an amazing journey into the primordial past, re-creating the prehistoric world as it truly might have been in this compelling and timeless new epic of the dawn of civilization.
JEAN M. AUEL’s Earth’s Children® series includes The Clan of the Cave Bear, The Valley of Horses, The Mammoth Hunters, The Plains of Passage, and the forthcoming The Shelters of Stone. She and her husband, Ray, live in Oregon, where she is working on the sixth volume of the series.
"Shiningly intense... Sheer storytelling skill holds the reader in a powerful spell." -- Publishers Weekly