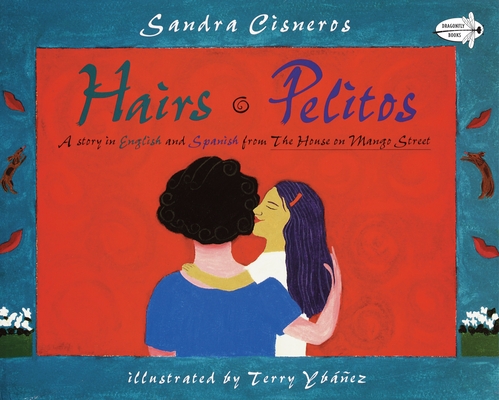 
Usually Ships in 1-5 Days
This jewel-like vignette from Sandra Cisneros's best-selling The House on Mango Street shows, through simple, intimate portraits, the diversity among us.

A Dragonfly Book in English and Spanish.

A Parenting Magazine Best Children's Book of the Year

-----------
Un excelente constructor de vocabulario, con nombres de objetos en Ingl&#233s y en Espa&#241ol, acompa&#241ados por ilustraciones, agrupados por t&#243picos como colores, juguetes, animales y herramientas.
SANDRA CISNEROS is a poet, short story writer, novelist and essayist whose work explores the lives of the working-class. Her numerous awards include NEA fellowships in both poetry and fiction, the Texas Medal of the Arts, a MacArthur Fellowship, several honorary doctorates and national and international book awards, including Chicago’s Fifth Star Award, the PEN Center USA Literary Award, and the National Medal of the Arts awarded to her by President Obama in 2016. Most recently, she received the Ford Foundation’s Art of Change Fellowship, was recognized among The Frederick Douglass 200, and was awarded the PEN/Nabokov Award for Achievement in International Literature.

Her classic, coming-of-age novel, The House on Mango Street, has sold over six million copies, has been translated into over twenty languages, and is required reading in elementary, high school, and universities across the nation.

In addition to her writing, Cisneros has fostered the careers of many aspiring and emerging writers through two non-profits she founded: the Macondo Foundation and the Alfredo Cisneros del Moral Foundation. She is also the organizer of Los MacArturos, Latino MacArthur fellows who are community activists. Her literary papers are preserved in Texas at the Wittliff Collections at Texas State University.

Sandra Cisneros is a dual citizen of the United States and Mexico and earns her living by her pen. She currently lives in San Miguel de Allende.
"This exuberant bilingual picture book, with eye-catching artwork, is an affectionate picture of familial love and a cozy bedtime book."--The Horn Book.