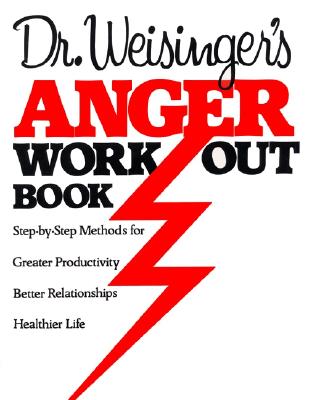 By Hendrie Weisinger
$17.99
Email or call for price.

Ways That Dr. Weisinger's Anger Work-out Book Will Work for You:

Hendrie Davis Weisinger, Ph.D., is a licensed psychologist trained in clinical, counseling, school, and organizational psychology. He is also a Marriage, Family, and Child Counselor.

Dr. Weisinger is the originator of criticism training and is one of the halfdozen experts in the area of anger management. A management scientist, he lectures for the UCLA Executive Education and M.B.A. programs, and for other leading business schools throughout the country. His expertise is sought by numerous Fortune 500 companies (IBM, AT&T, ARCO, Control Data, TRW, Warner-Lambert, to name just a few), government agencies, mental-health professionals, hospitals, parent groups, professional educators, and professional organizations such as the Young Presidents' Organization.

Dr. Weisinger's first book (co-authored by Norman M. Lobsenz), Nobody's Perfect, was a New York Times hardcover best seller and is now a Warner paperback. His article for The Wall Street Journal, "So You're Afraid," was selected as one of the sixty best articles ever to appear in the Journal's "Manager's Column" and is reprinted in The Wall Street Manager's Column, published by Dow Jones. Dr. Weisinger is also a frequent guest on national television and radio shows.

An innovator in mental-health treatment, Dr. Weisinger maintains a clinical practice as a consultant to A Touch of Care, a residential treatment facility that is an alternative to hospitalization for emotionally disturbed people.

Dr. Weisinger and his wife, Lorie, live in Santa Monica, California. They have a daughter, Briana, and two dogs, Mazel and Shovi.