Cycling the Northwest: A Solo Trip from the West Coast to Green Bay, Through Bigfoot Country (Paperback) 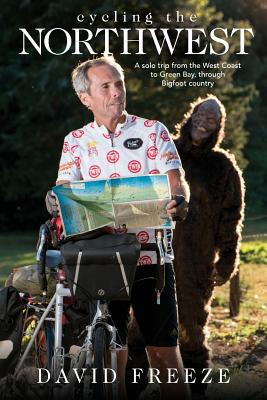 Where to this time? With 39 states cycled including the District of Columbia and a venture into Canada, one big ride remained that would encompass the great Northwest, from Washington to Wisconsin. While sometimes called the Northern Tier, especially in cycling circles, this area had intrigued David for several years. With earlier ventures into Oregon, Idaho and Montana before heading south and east on the way to the Atlantic coast as part of the 2013 cross country journey, David wanted to see more. In fact, isn't that what this is all about? Wanting to see more of this great land at a pace of 10-12 mph, this time visiting the Dakotas, Nebraska, Iowa, Minnesota and Wisconsin on bicycle for the first time. Over 40 days and just short of 3,000 miles, ride along with David as wind and weather provide unusual challenges over a sparsely settled and especially scenic portion of our great country. There is another cast of great characters along the way, a few on bikes but most who aren't. Experience yet another round of how David's faith helps him persevere as the miles pass by. His writing style is down to earth, enjoyable and with plenty of humor. Let's go riding again