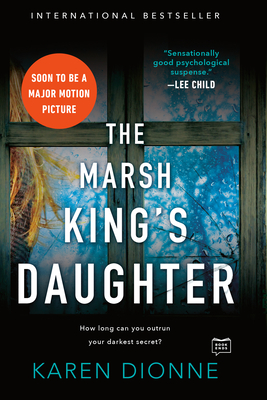 This tightly plotted, beautifully written story keeps the reader on edge for 300 pages. Told first person
by Helena, our deeply disturbed, yet cunning heroine, we follow her story through the wilds of
Michigan’s Upper Peninsula as she tracks her father, a man who abducted her mother and kept her
prisoner in the forest for twelve years, raising a daughter to be just like him. Helena was reared like a
Native American at the turn of the century, hunting, fishing, leaving solely off the land, never knowing
why her mother was so meek and miserable, never knowing her life was based on violence and
captivity. Now, years later, as an adult and a mother herself, she must find her father, who has escaped from prison and gone on a killing spree, because she is the only one who understands who he is. It is a fast, intense read, with a satisfying ending.

“After a childhood in the wilds of Northern Michigan, where her rugged, brutal father was the center of her world, Helena has made a new life with a family who doesn't know her past. Now she and her father are hunting each other and Helena must use all the skills he taught her to survive. Fascinating, dark, and disturbing, The Marsh King's Daughter is a psychological thriller most compelling in its rich descriptions of the survivalist training of a very tough little girl.”
— Patty Mullins (E), Oblong Books And Music,LLC., Millerton, NY

"Brilliant....About as good as a thriller can be."--The New York Times Book Review

"[A] nail-biter perfect for Room fans."--Cosmopolitan

Praised by Karin Slaughter and Megan Abbott, The Marsh King's Daughter is the mesmerizing tale of a woman who must risk everything to hunt down the dangerous man who shaped her past and threatens to steal her future: her father.

Helena Pelletier has a loving husband, two beautiful daughters, and a business that fills her days. But she also has a secret: she is the product of an abduction. Her mother was kidnapped as a teenager by her father and kept in a remote cabin in the marshlands of Michigan's Upper Peninsula. Helena, born two years after the abduction, loved her home in nature, and despite her father's sometimes brutal behavior, she loved him, too...until she learned precisely how savage he could be.

More than twenty years later, she has buried her past so soundly that even her husband doesn't know the truth. But now her father has killed two guards, escaped from prison, and disappeared into the marsh. The police begin a manhunt, but Helena knows they don't stand a chance. Knows that only one person has the skills to find the survivalist the world calls the Marsh King--because only one person was ever trained by him: his daughter.

Karen Dionne is the USA Today and #1 internationally bestselling author of the award-winning psychological suspense novel The Marsh King's Daughter, published by G.P. Putnam's Sons in the U.S. and in 25 other countries. She enjoys nature photography and lives with her husband in Detroit's northern suburbs.

Praise for The Marsh King's Daughter

“This gorgeously written eerie suspense novel gave me chills as it raced toward an unexpected climax. I loved it!”—Karin Slaughter, author of Pretty Girls

“Troubling, sinuous and powerfully told, you won’t be able to stop turning the pages.”—Megan Abbott, author of You Will Know Me

“Exceptional...Helena’s conflicting emotions about her father and her own identity elevate this powerful story.”—Publishers Weekly (starred review)

“If you only read one thriller this year, make it The Marsh King’s Daughter. It’s sensational.”—Clare Mackintosh, author of I Let You Go

“A masterpiece of crisp prose and fine storytelling.”—Sara Gruen, author of Water for Elephants and At the Water's Edge

“[A] well-crafted, eerie, and unnerving psychological thriller. With a strong setting and swift pacing, this novel is recommended for readers who enjoyed Emma Donoghue’s Room and Travis Mulhauser’s Sweetgirl.”—Library Journal

“[W]ill keep readers gripped until the end...For fans of Emma Donoghue’s Room and of novels with strong female leads.”—Booklist

“Eerie and breathtaking, terrific and terrifying in the best possible way. Dionne holds you under her spell from the first word to the last—and then some.”—Tea Obreht, author of The Tiger’s Wife

“First‐rate plotting builds the tension with psychological suspense and action sequences….The story is at once both horrific and fascinating.”—RT Book Reviews

“Totally compelling and different from anything I can remember reading before.”—Peter Lovesey

“Don’t think you know how this plays out, just hand the reins to Dionne, who is completely in control of this unexpected narrative, and of your pounding heart.”—Jacquelyn Mitchard, author of The Deep End of the Ocean

“I don’t use the word ‘brilliant’ often, but no other adjective feels adequate...It’s an understatement to say that The Marsh King’s Daughter is an exceptional achievement.”—David Morrell, author of Murder as a Fine Art; creator of the iconic character Rambo

“Everything I could ask for in a psychological thriller: a stunningly fresh and confident voice, gorgeous writing, originality, and a complex protagonist I could really root for. I wish it were possible to read a book for the first time more than once.”—Carla Buckley, author of The Deepest Secret