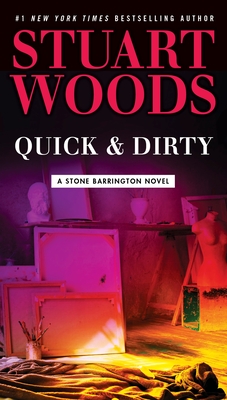 This is book number 43 in the A Stone Barrington Novel series.

When a slam-bang of a crime brings a beautiful new client into Stone Barrington’s office, little does he know his association with her will pull him into a far more serpentine mystery in the exclusive world of art. It’s a business where a rare find could make a career—and a collection—and mistakes in judgment are costly. And under its genteel and high-minded veneer lurks an assortment of grifters and malfeasants eager to cash in on the game.

In the upscale world of New York City’s luxury penthouses and grand Hamptons estates, it will take a man of Stone Barrington’s careful discernment and well-honed instincts to get to the truth without ruffling the wrong feathers...because when it comes to priceless and irreplaceable works of art, the money and reputations at stake are worth killing for.
Stuart Woods is the author of more than eighty-five novels, including the #1 New York Times-bestselling Stone Barrington series. He is a native of Georgia and began his writing career in the advertising industry. Chiefs, his debut in 1981, won the Edgar Award. An avid sailor and pilot, Woods lives in Florida, Maine, and Connecticut.
Praise for Quick & Dirty