I Am a Princess (Star Wars) (Little Golden Book) (Hardcover) 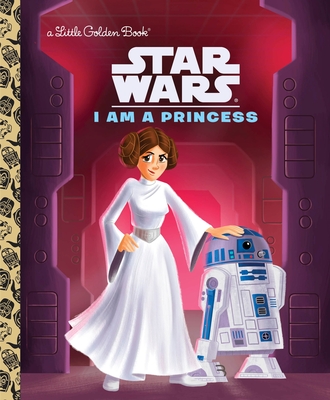 Read all about brave Princess Leia, hero of the Rebel Alliance, as she joins forces with Luke Skywalker and Han Solo to battle Darth Vader and the evil Galactic Empire! Featuring stunning retro illustrations, this book is perfect for Star Wars—and Little Golden Book—fans of all ages.

Courtney Carbone studied English and creative writing in the United States and Australia before becoming a children’s book writer and editor in New York City. She has written several books, including Darcy Swipes Left, srsly Hamlet, and Macbeth #killingit.

Heather Martinez is an illustrator whose work has appeared in books and television. She has illustrated several titles in the SpongeBob SquarePants series, and was tapped to take over the beloved Little Golden Books series Doc McStuffins. Her work can also be seen in the Golden Books edition of The Phantom Menace. She was nominated for a Primetime Emmy in 2006 for the Nickelodeon movie Escape From Cluster Prime. Her other works include Albert: The Little Tree with Big Dreams, Dino Parade!, and I Am a Princess.