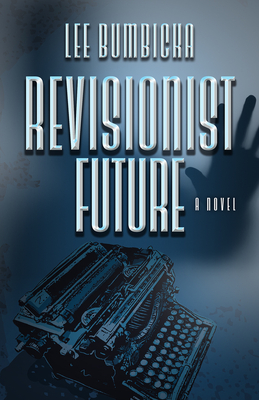 While every writer’s dream is to write characters that come to life, Michael Schatten wakes up in a nightmare.

Suffering from writer’s block, Michael Schatten books himself into a remote beachside cabin to find inspiration. In an antique shop in the nearby town, he stumbles upon a quaint typewriter, and begins to type a short story. On a walk on the beach the next day, he stumbles upon a dilapidated house just like the one he described in his story. And at lunch in a diner he overhears other patrons talk, using the very lines he composed the night before. What is going on? Has he entered the twilight zone? Gone mad? Or purchased a magic typewriter?

Soon he realizes that his typewriter is a secret Cold War weapon and connects to a powerful computer capable of converting fiction to reality. Trouble is, there are others. Schatten must pit his writing skills against those of an acclaimed Russian author bent on subjugating the world, and he has only seven days to foil the plot.

Lee Bumbicka is the child of a US Army officer and an English war bride. He started writing when he was a teenager but became a serious author in 1997. He is an Aerospace engineer, graduating from the University of Missouri, Rolla. He has a wife and two children, along with one sister who also writes.

When he is not writing, Lee builds (and collects) vintage model kits, and watches baseball, football and Hockey. He has also been seen playing golf and tennis. On his long walks he contemplates new stories to tell. His goal is to make the reader think, I didn’t see that coming.