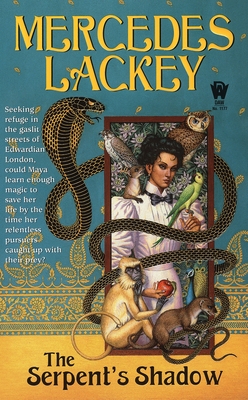 This is book number 1 in the Elemental Masters series.

Maya Witherspoon lived most of the first twenty-five years of her life in her native India. As the daughter of a prominent British physician and a Brahmin woman of the highest caste, she graduated from the University of Delhi as a Doctor of Medicine by the age of twenty-two.

But the science of medicine was not Maya’s only heritage. For Maya’s aristocratic mother Surya was a sorceress—a former priestess of the mystical magics fueled by the powerful and fearsome pantheon of Indian gods.

Though Maya felt the stirring of magic in her blood, her mother had repeatedly refused to train her. “I cannot,” she had said, her eyes dark with distress, whenever Maya asked. “Yours is the magic of your father’s blood, not mine....” Surya never had the chance to explain this enigmatic statement to her daughter before a mysterious illness claimed her life.

Yet it was Maya’s father’s death shortly thereafter that confirmed her darkest suspicions. For her father was killed by the bite of a krait, a tiny venomous snake, and in the last hours of her mother’s life, Surya had warned Maya to beware “the serpent’s shadow.” Maya knew she must flee the land of her birth or face the same fate as her parents.

In self-imposed exile in Edwardian London, Maya knew that she could not hide forever from the vindictive power that had murdered her parents. She knew in her heart that even a vast ocean couldn’t protect her from “the serpent’s shadow” that had so terrified her mother. Her only hope was to find a way to master her own magic: the magic of her father’s blood. But who would teach her? And could she learn enough to save her life by the time her relentless pursuers caught up with their prey?