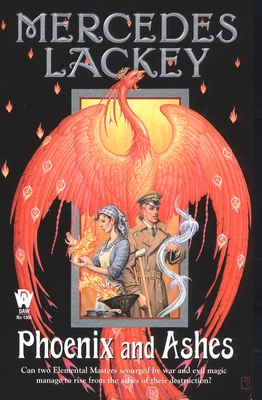 This is book number 3 in the Elemental Masters series.

Eleanor Robinson’s life had shattered when Father volunteered for the Great War, leaving her alone with a woman he had just married. Then the letter came that told of her father’s death in the trenches and though Eleanor thought things couldn’t get any worse, her life took an even more bizarre turn.

Dragged to the hearth by her stepmother Alison, Eleanor was forced to endure a painful and frightening ritual during which the smallest finger of her left hand was severed and buried beneath a hearthstone. For her stepmother was an Elemental Master of Earth who practiced the darker blood-fueled arts. Alison had bound Eleanor to the hearth with a spell that prevented her from leaving home, caused her to fade from people’s memories, and made her into a virtual slave.

Months faded into years for Eleanor, and still the war raged. There were times she felt she was losing her mind—times she seemed to see faces in the hearth fire.

Reginald Fenyx was a pilot. He lived to fly, and whenever he returned home on break from Oxford, the youngsters of the town would turn out to see him lift his aeroplane—a frail ship of canvas and sticks—into the sky and soar through the clouds.

During the war, Reggie had become an acclaimed air ace, for he was an Elemental Master of Air. His Air Elementals had protected him until the fateful day when he had met another of his kind aloft, and nearly died. When he returned home, Reggie was a broken man plagued by shell shock, his Elemental powers vanished.

Eleanor and Reginald were two souls scourged by war and evil magic. Could they find the strength to help one another rise from the ashes of their destruction?