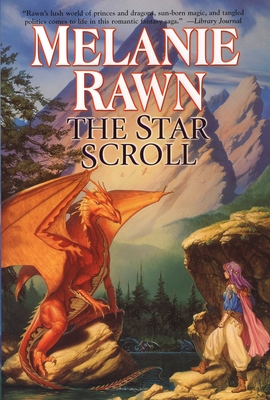 This is book number 2 in the Dragon Prince series.

Second in the bestselling Dragon Prince series returns to a lush epic fantasy world replete with winged beasts, power games of magical treachery, and a realm of princedoms hovering on the brink of war • “Marvelous!”—Anne McCaffrey

When Rohan was crowned High Prince and his Sunrunner wife Sioned became High Princess, they swore to keep the peace of the lands and preserve the secret of the dragons, an inheritance they would one day pass on to their only child, Pol, heir to both princely and Sunrunner powers.

But the evil influence of the former High Prince Roelstra had not ended with his death at Rohan’s hands. And even as Pol grew to manhood, other young men were being trained in the ways of war, youths descended from Roelstra and claimed by Rohan’s enemies as willing pawns in what could become a bloody battle for succession.

Yet not all players in these games of power fought merely with words or swords. For now a foe vanquished by the Sunrunners ages ago was once again growing in strength, an enemy determined to desroy Sunrunners and High Prince alike. And the only hope of defeating these masters of dark sorcery lay in reclaiming the knowledge so carefully concealed in the long-lost- Star Scroll….

Melanie Rawn, the author of DAW’s bestselling Dragon Prince trilogy—Dragon Prince, The Star Scroll, and Sunrunner’s Fire—is a second-generation Californian who, after graduating from Scripps College with a B.A. in history, worked as a teacher and editor while writing her first two novels. She lives in Flagstaff, Arizona, where she keeps cacti as pets. She can be found at melanierawn.com and on Facebook.