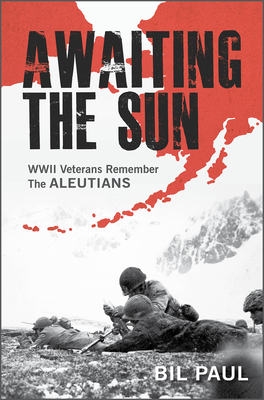 
Usually Ships in 1-5 Days
The Aleutians were the only North American territory to be invaded and occupied during the war. The fighting for these remote islands off the Alaskan mainland lasted for more than a year and claimed more than 3,800 Japanese and American lives. Soldiers on both sides experienced spells of intense combat, but also extended periods of extreme isolation and boredom. Author Bil Paul has constructed a narrative history of the conflict by weaving together the accounts of more than 200 officers and enlisted men. The in-theater experiences of noted writer Dashiell Hammett, as well as musicians Yehudi Menuhin and Bud Freeman, appear in the narrative. Chapters detail men's reactions to dismal weather, often-poor food and housing, and the lack of women. Over 50 official and personal photographs complement the narrative.