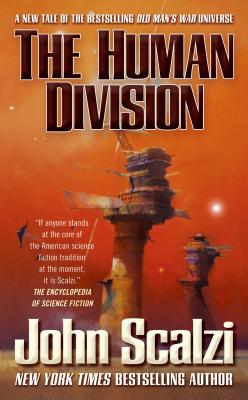 Following the events of The Last Colony, John Scalzi tells the story of the fight to maintain the unity of the human race.

The people of Earth now know that the human Colonial Union has kept them ignorant of the dangerous universe around them. For generations the CU had defended humanity against hostile aliens, deliberately keeping Earth an ignorant backwater and a source of military recruits. Now the CU's secrets are known to all. Other alien races have come on the scene and formed a new alliance—an alliance against the Colonial Union. And they've invited the people of Earth to join them. For a shaken and betrayed Earth, the choice isn't obvious or easy.

Against such possibilities, managing the survival of the Colonial Union won't be easy, either. It will take diplomatic finesse, political cunning…and a brilliant "B Team," centered on the resourceful Lieutenant Harry Wilson, that can be deployed to deal with the unpredictable and unexpected things the universe throws at you when you're struggling to preserve the unity of the human race.

Being published online from January to April 2013 as a three-month digital serial, The Human Division will appear as a full-length novel of the Old Man's War universe, plus—for the first time in print—the first tale of Lieutenant Harry Wilson, and a coda that wasn't part of the digital serialization.

JOHN SCALZI is one of the most popular SF authors of his generation. His debut Old Man's War won him the John W. Campbell Award for Best New Writer. His New York Times bestsellers include The Last Colony, Fuzzy Nation,and Redshirts (which won the 2013 Hugo Award for Best Novel), and 2020's The Last Emperox. Material from his blog, Whatever, has also earned him two other Hugo Awards. Scalzi also serves as critic-at-large for the Los Angeles Times. He lives in Ohio with his wife and daughter.

“A Heinlein-like adventure for a serious sci-fi fan.” —Kirkus Reviews